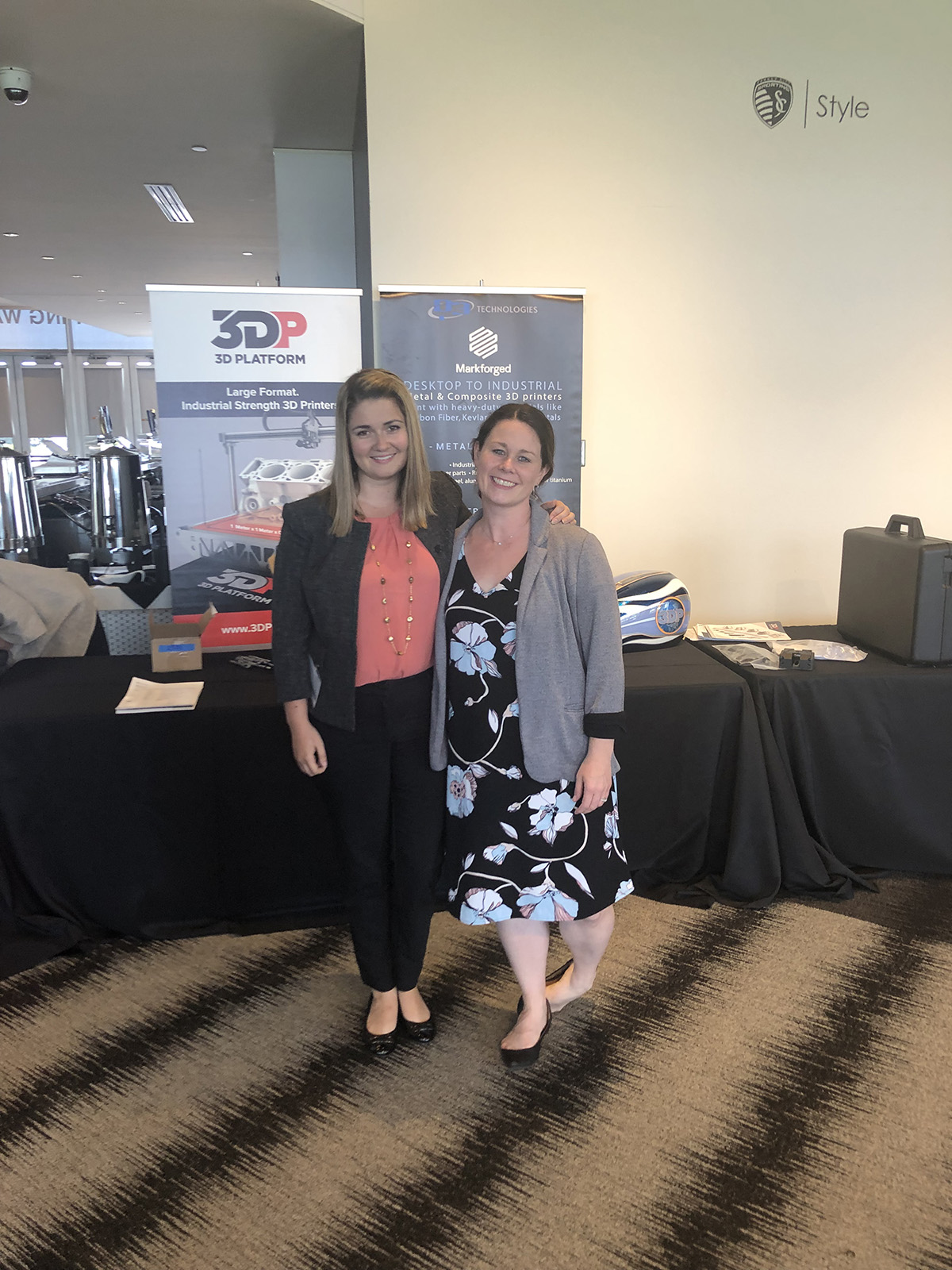 The award of $50,000 is renewable for up to three years and supports promising graduate students from diverse backgrounds who will work in teams with their individual advisers to build inclusive training environments. The fellows’ mentors will also participate in professional development activities aimed at increasing the number of students from underrepresented backgrounds in the sciences.

Johnson and Robinson said they will use the fellowship to create programming in the School of Engineering to help guide women graduate students as they aim for academic and other high-level positions in the profession.

“This is a fellowship that mainly supports the graduate student, as far as stipend and tuition, with a major focus on increasing diversity and inclusion in the sciences,” Robinson said.

“I thought this was a great way to collaborate and network with scientists around the country and learn about their research, but also to increase diversity efforts at KU,” Johnson said.

Johnson pointed to a recent study that shows women are less likely to drop out of doctoral STEM programs if they are joined by other female students in their cohort.

“When you create camaraderie and a culture that’s inclusive, you can create opportunities,” Johnson said.

Robinson said she will use her portion of the fellowship grant to pair up female graduate students in bioengineering, as well as the Department of Chemical & Petroleum Engineering, with female faculty mentors. Other efforts will include monthly brown bag lunches featuring female faculty, as well as gatherings focused on how to negotiate in employment situations and managing “impostor syndrome.”

”One thing I missed as a graduate student was having candid conversations with a number of female faculty,” Robinson said. “I personally think this is one of the neat things about being in an academic environment — you have the freedom, flexibility and privilege to promote the people coming up behind you in an environment that everyone deserves, but that isn’t always there.”

“I think we have a lot of improvement we can work on for culture, for areas in academia to be more inclusive and to build camaraderie,” she said. “I’ve been really lucky to work with Professor Robinson. I think it’s really encouraging to see where I could take my career, to see what she’s done. By seeing yourself in somebody else’s shoes, it encourages you to pursue career paths where women are underrepresented.”

Johnson, who did her undergraduate work at Bucknell University in Pennsylvania, is in her fourth year in KU’s bioengineering doctoral program. Her research focuses on “tissue scaffolding” — examining how to treat osteoarthritis in women by creating materials that help the body repair damaged and aging tissue by replacing estrogen that is lost with age. Scientists believe this may reduce the effects of the condition.

She is considering an academic career as a faculty member at a research institution where she would continue her work with biomaterials.

Johnson said she was thankful to KU faculty and officials supporting her application for the fellowship, including Arvin Agah, dean of the engineering school; Audrey Lamb, director of graduate training in chemical biology, and Carl Lejeuz, former interim provost. Robinson said Johnson had earned the fellowship, serving as a graduate student senator and winning awards during her time at KU.

“This,” Robinson said, “is how we want to support the next generation of female engineers.”